zhangliyin.smtown.com
Zhang Liyin (张力尹), known in South Korea as Jang Ri-in (장리인), is a Chinese singer-songwriter. She is a former member of SM Entertainment's project group S.M. The Ballad.

She debuted in 2006 as a solo artist in South Korea with her first single "Timeless".

On February 28 2017, she revealed that her contract with SM Entertainment will be expired in April and she decided to pursue her career in China. 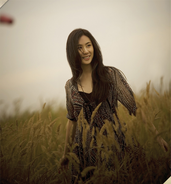 Retrieved from "https://smtown.fandom.com/wiki/Zhang_Liyin?oldid=13811"
Community content is available under CC-BY-SA unless otherwise noted.