TVXQ
Park Yoo-chun (박유천), formerly known as Micky Yoochun (믹키유천), is a South Korean singer-songwriter and actor. He is a former member of the boy group TVXQ, and currently a member of the group JYJ.

In 2009, Park and two fellow TVXQ members Kim Jaejoong and Kim Junsu filed a lawsuit against SM Entertainment, arguing that their exclusive contracts were unilaterally disadvantageous towards the artists and should be invalidated. The Seoul Central District Court ruled in favor of the three and granted an injunction suspending their contracts. The trio reunited and subsequently formed the group JYJ. 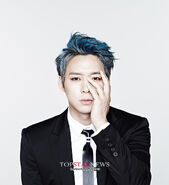 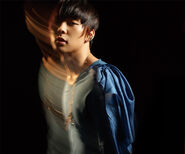 "Hug" (2004)
Add a photo to this gallery
Retrieved from "https://smtown.fandom.com/wiki/Micky_Yoochun?oldid=14423"
Community content is available under CC-BY-SA unless otherwise noted.