Christmas In Smtown is the first winter album by SMTOWN (artists under SM Entertainment), released on December 15, 1999. The song "Jingle Bell" was used to promote the album. 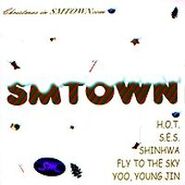 "Jingle Bell"
Add a photo to this gallery
Retrieved from "https://smtown.fandom.com/wiki/Christmas_In_Smtown?oldid=7086"
Community content is available under CC-BY-SA unless otherwise noted.